So many people have already received the new DJI Osmo, and it has been getting really positive results. A breeze to use out of the box, but with GoPro HERO4 4K cameras mounted to a gimbal, it's too close to be considered a real game changer. But if you were to attach the new DJI X5 4K Mirrorless M43 camera on the OSMO handle, that combination is easily considered a game changer in small handheld stabilizers.

If you're an existing DJI Inspire1 owner, the X5 4K Camera gimbal is a the next obvious upgrade for better aerial footage without having to buy an entirely new Quadcopter. And when paired with the OSMO handle, you should have a killer set of tools to capture smooth professional quality 4K Video footage. The X5 camera is in stock now via B&H (here). 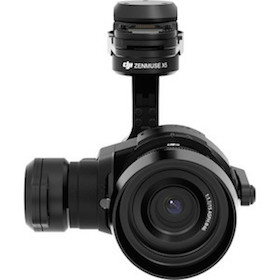