I created this video a few days ago, didn't like how it came out and decided not to post it up. But since i'm a bit busy today, I thought I'd make it up to you guys and share this budget idea for inexpensive DC Portable Power. 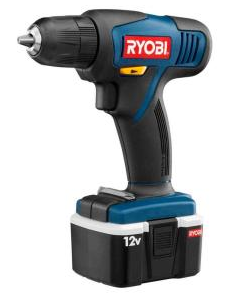 So what's so special about this Ryobi? Well finding a good solid reliable 12V DC Power source for Video and Photo gear is quite expensive. After testing out a few different options for DC battery packs for the Z96, 352 LED Ring Light, 500 LED light panels, LCD Monitors, and other devices I thought about these super duper inexpensive yet highly reliable 12V DC Power packs. The kits normally come with a Cordless drill + (2) 12V DC Battery packs + (1) Charger. I bought two sets, ended up with (4) batteries and (2) chargers. The drills, i'll probably take apart and use the electric motors for a different project. 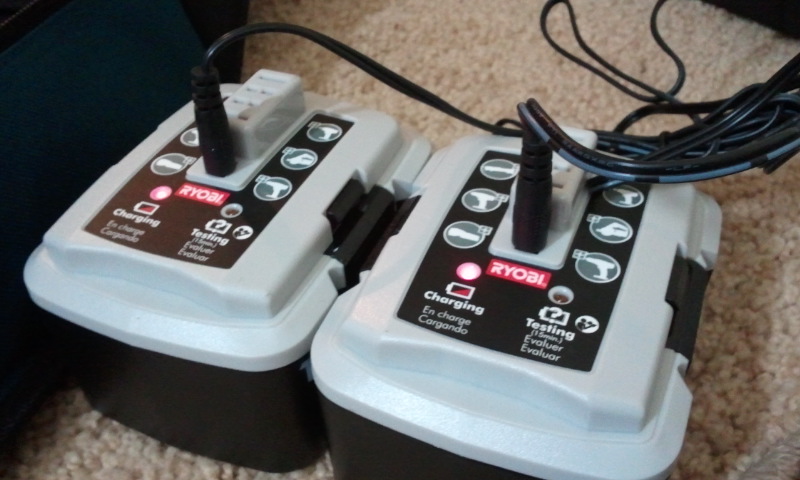 These types of batteries are literally built for abuse, can be recharged hundreds of times, last for years, and are dirt cheap for the amount of power they provide. The best part about these 'particular' 12V DC Ryobi batteries is that they can be charged from a tiny AC adapter plug (comes with the kit). No need to pack up those bulky charging stations. These very 'particular' cordless tool batteries also have a very easy way of tapping in with two simple spade terminals.

Since there was no labeling on the battery, I took the drill apart to determine which is positive and which is negative. The end terminal closest to the red logo is 'negative'. The terminal furthest from the red Ryobi logo (back of battery) is 'Positive'. 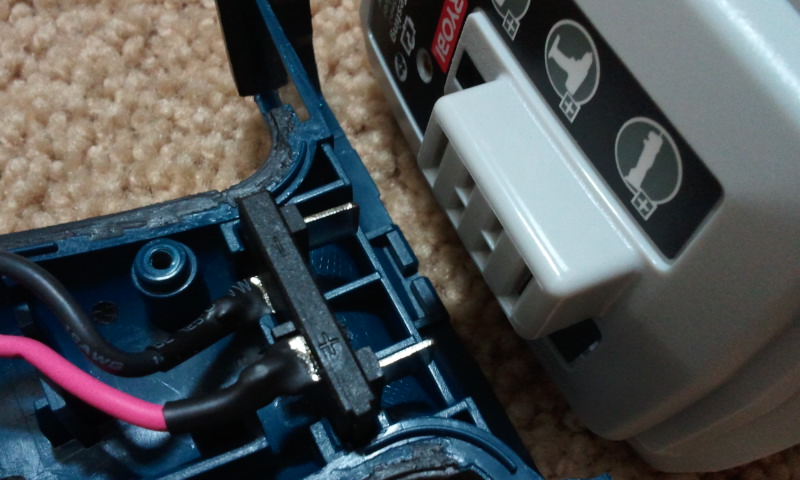 You might be able to find the batteries seperately and save a few bucks, but all they had in the store was kits that came with the Cordless Drill. Even if I didn't need the drill, I was able to walk out with (4) 12V DC batteries + 2 charging plugs and (2) carrying cases for $98 dollars. That comes out to less than $25 dollars each 12V DC Power Pack. Not bad if you compare this to single V-Lock Battery that can run you over $350 dollars (without a charging station). 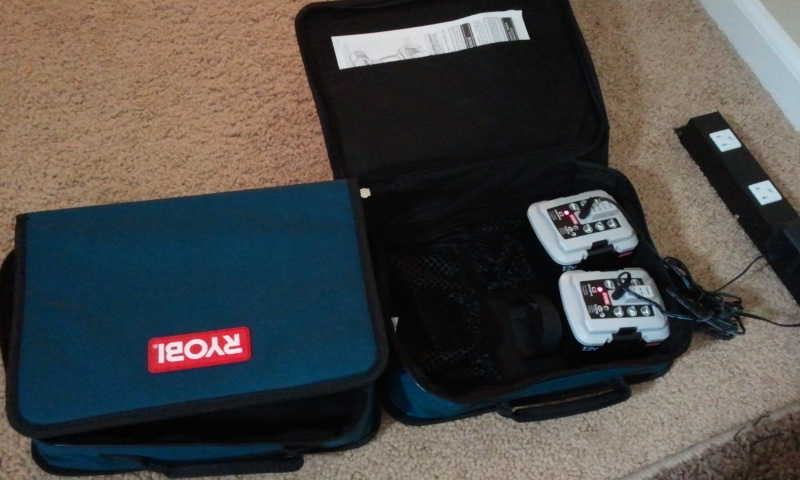 If you want to go ultra light, Ryobi also sells Lithium batteries that are 58% lighter and slimmer than the ones I have. Run times on the Lithiums might be longer too. Of course the Lithium versions require a large Battery Charging Station and costs a bit more, but they still share the same easy to tap into connectors. I'll probably permanently attach wires to the battery pack for safety and end the leads with Quick Connectors. Same connectors you've seen in my RC battery video with the 352 LED Ring light. So far they've been powering everything around the studio including the large 900 LED Video Light panels. With these 12V batteries powering the 900 LED panel, I thought it was fairly bright. It was only until I compared them side by side to with one connected to it's 15V AC power source (which I've been testing in the studio) did I notice it wasn't pushing out full capacity. Even still on 12V DC with these inexpensive batteries, the LED panels are very usable if you need to be mobile...

So it was very last minute for me to get a 14v battery pack thrown together for my 352 Ring Light Steadicam project here: https://cheesycam.com/last-minute-glidecam-mods/. Now that I have a bit of time, i'm going to get off these non-pro looking RC batteries and rig up my 2 year old LP-E6 generic non-decoded batteries.

Gutting out some dirt cheap battery chargers and using them as dummy plates, i'll be able to wire two of them together and get a 14.4V power source that looks pretty snazzy. Other people have done this with just one battery to power up LCD monitors that only require 7volts. As you can see my 183 LED light normally powered from a 12V source was easily lit up with just 7V. Now setting them up together for 14.4V should suffice for many of my small items.

Since the guts are ripped out, you can use OEM Canon batteries, no need for Generic stuff, but the Generics run super super cheap too. I think i'll purchase more generic battery chargers + non-decoded batteries and have like 20 of them on hand to power up all kinds of stuff including my Ring Light and Z96 LED's.

This link has a decent deal for both a battery + charger: Both LP-E6 Generic Batteries + Charger 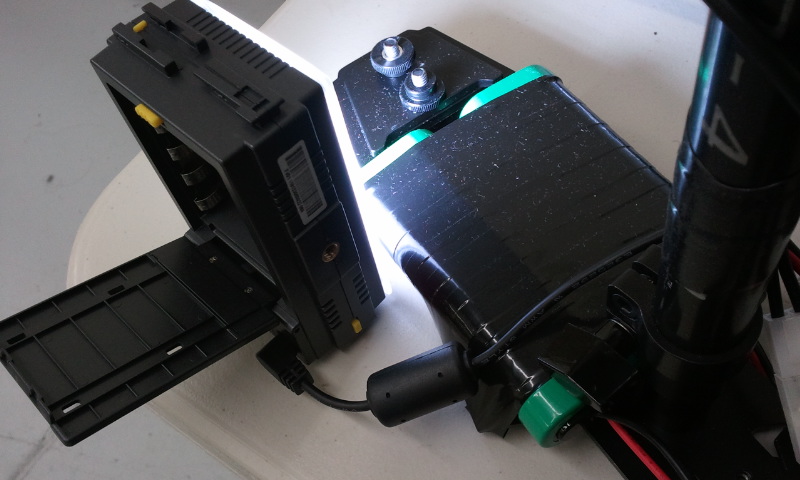 Remember the batteries I threw together for my Flying Ring Light? Turns out the Z96 uses the same connector as my 352 LED Ring Light. I think i'll stop by Radio Shack to get an exact part number and size on the fitting that's being used so that other people can make a DIY battery pack that will probably run this light for a full day...