The 'Tri8' (triple 8) is a new LED Light Panel from Aputure that jams 888 LED bulbs into a panel roughly measuring 10"x8". If you're familiar with their Amaran line of panels such as the AL528 or HR672, this is pretty much inline with those models, except that they've taken the build quality from their higher end LS1 panels.

This particular Tri8C model from Aputure I received feels like it has a concentrated beam angle which is good for getting your lights to reach a bit further. Though, I wouldn't be surprised if they offered different versions of this light with varying beam angles, as they've been known to do with their other panels (i.e. 672S vs 672C vs 672W).

On the Tri8 light you have a clamp for a power brick (which can be swapped to a v-mount plate), color temp adjustments from 2300K-6800K, brightness dimmer knob, dedicated on/off rocker switch, and a battery meters that display Hour+Minutes instead of just a graphic icon.

The LED panel is powered via a D-tap cable either from a mounted V-Mount battery, from the included AC to D-Tap power adapter, or by using dual Sony L-Series Batteries. They've included a set of Sony NPF-960 batteries as part of the kit. Your Sony batteries can be recharged by mounting it to the Tri8 panel and plugging into AC power.

Compared to their popular LS1 Lightstorm Panels, the big difference here is that you can power the Tri8 from Sony L-Series (NP-F) Batteries or V-Mount batteries. The LS1 can only be powered via V-Mount. Also the Tri8 has all of the controls built into the panel, as opposed to a separate controller box that you need to hang.

As of this writing, the Aputure Amaran Tri8 LED light is still not available. But i'll update this post once they have it listed.

The D-Fuse Softbox is an Instant quick to setup Softbox for LED Video Light Panels. No tools, no loose parts, no assembly. When it's time to pack up, the softbox folds down to a very small compact lightweight size. They now offer three different sizes depending on the size of your LED light panel. The two shown in the video (below) are designed to fit the Aputure Amaran 528

Remember that these Softboxes are Universal and you will find they can fit many other Popular LED Light Panels. The largest 12x12 should make a perfect Softbox for the LitePanels Astra

, and the smallest version will also fit perfectly with the CAME-TV 576B and 576D Ultra Slim LED Light Panels (tried it myself). For more information about the D-Fuse Instant Pop Up LED Light Softboxes check out the product pages (here). 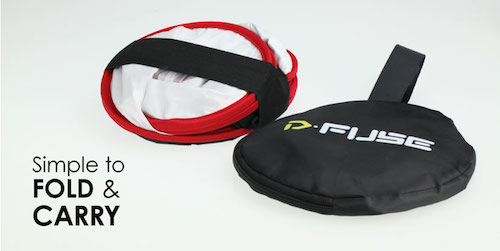 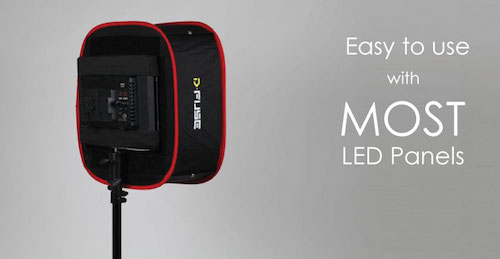 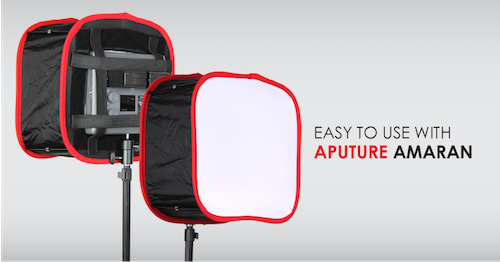 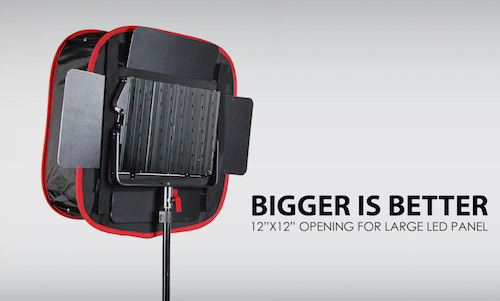