Robert from JuicedLink gives us an NAB preview of the latest BMC366 Low Noise XLR Preamp designed to tackle audio issues with the BlackMagic Design Cinema Camera. Robert has also been aware of the many comments and questions regarding Tascam's latest DR-60D product announcement and shares some of his thoughts.

If you're not familiar with best practices when working with Audio on the BlackMagic Design Cinema Camera, or to find out more specs on the BMC366, you can find that information at the JuicedLink blog: https://www.juicedlink.com/blackmagic-cinema-camera. 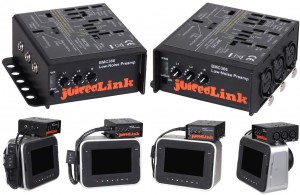