So yesterday I spent a little time testing the Aputure DEC Remote Wireless Follow Focus Canon EF Lens Adapter. Keep in mind that all of the units that other reviewers have (including mine) are just prototypes. So everything that you see could change when they go to final production.

As mentioned in my earlier article, the prototypes available today can attach a Canon EF (autofocus) Lens to a Sony E-Mount or Micro Four Thirds (MFT) Camera and allow you to change aperture values and remotely change focus via a wireless remote. Here's a little video showing the Sony E-Mount DEC Adapter in use.

Since the Aputure DEC Lens Adapter relies on the internal motors of the lens being used, each lens may provide a slightly different experience. Some lenses may offer a smoother transition, while others may have a more prominent stepping motion moving from one focus point to the next. During slower focus movements some lenses will have a louder 'stepping' type noise, while other lenses may be a bit more silent. This is all based on the lens, and at this time not a lot of testing has been done.

In the 'current user manual' it lists several Canon EF L Series lenses, but I decided to try a few different ones such as the Sigma, the Canon 40mm STM, and a 50mm F/1.8. All of the lenses worked flawlessly to adjust iris and I could control focus. I was a bit worried the system would be buggy using random lenses, but so far it's taken everything i've thrown at it. 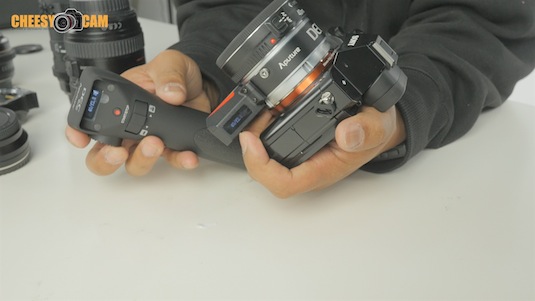 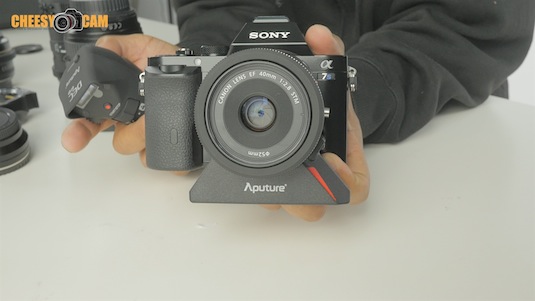 So while this is still a prototype, so far I think the Aputure DEC is an awesome product for anyone who needs to adjust focus on an adapted Canon EF Lens in situations where you can't normally reach the focus ring. For example when mounted on a Jib/Crane, Steadicam, or even a Gimbal.

Typically on any of my stabilizers i'm settled in with a very wide lens with the aperture stopped down and everything in focus. With the Aputure DEC I would be able to use a Gimbal with a Shallow DOF and focus from an object in the foreground to possibly a distant subject in the background. The focus changes can be quick, or they can be slow.

Will this replace all Follow Focus systems? Obviously not as it only works with Canon EF (autofocus) Lenses, and not manual focus Cine Lenses. The DEC (prototype) also uses a stepping motion which dependent upon the lens may or may not be smooth. There are still a few things that I think still need to be refined and changed on the DEC prototypes, which i'll be sharing with the Aputure company. One suggestion is having a more traditional wireless follow focus remote as the current one could be tricky tracking a subject back and forth if they move quickly. 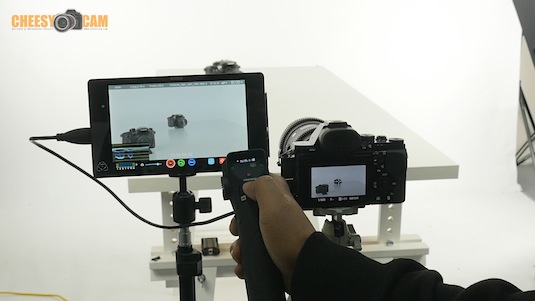 Once a product like this becomes available on the market, I really think this will really impact how many consider changing focus remotely on Canon EF lenses today. It certainly opens up 'options' in the industry that were never available before. Maybe not so much Hollywood, but consider the large market of event, wedding, news, or other video shooters that don't need the precision of a high end WFF system and are shooting with Sony E-Mount and MFT cameras. Compared to other Wireless Follow Focus systems, the Aputure DEC is incredibly simple to use while offering the smallest and lightest possible footprint. 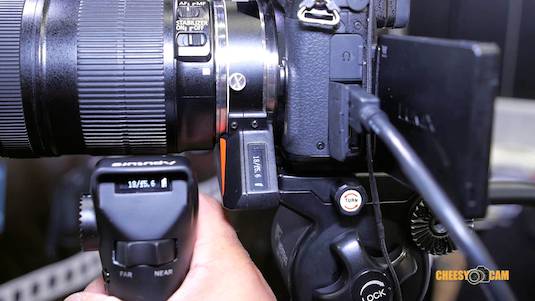 I'm going to continue testing these DEC adapters and hopefully more focusing examples. The next one i'll set up is the MFT Mount which can Start/Stop video on cameras with a LANC connection. If you have any questions so far, leave them in the comments. 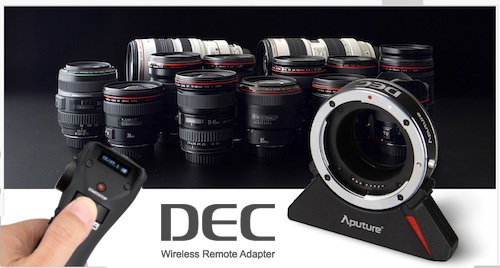