Not long ago I quickly showed a new motorized Joystick controlled Pan & Tilt head from ServoCity.com. This was a product they were working on for a little while and I know many of you were already communicating with ServoCity.com about this. At the time I only had a prototype here and they were only a few days away from a final product. So I decided to wait until I received the final unit before mounting it to my Jib and testing everything out. The final product should arrive (maybe this week), but in the meantime they have already listed the unit on their website as the MPT1100-SS Pan & Tilt System and it looks like it includes everything you need to power up and control the head (found here). 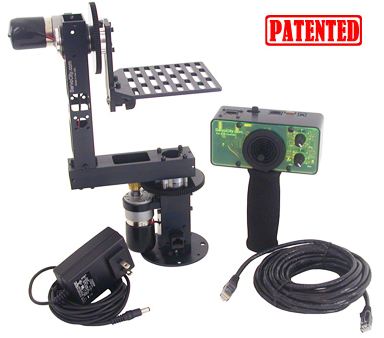