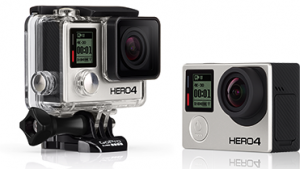 Get ready for tonight (Saturday @midnight) or if you're on the East Coast then expect Sunday at 3AM as orders for the new GoPro HERO4 4K camera officially open up. While you may be planning to just pick up the HERO4 itself, there's been a few new accessories every serious GoPro shooter may want to consider to get the most out of this new camera.

For one, there's now a different style battery for the HERO4 and if it's anything like previous GoPro cameras, you'll definitely need some spare batteries. GoPro has made it very clear this battery is specific to the HERO4 so don't count on your old HERO3/+ batteries helping you out. 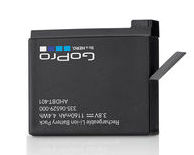 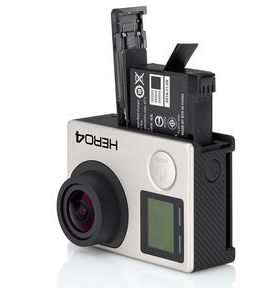 With the extra batteries, you'll probably want a more convenient way of charging them. GoPro has also released a new Dual Battery Charger which can charge via USB. This charger is specific to the new HERO4 batteries.

Aside from the new battery, there's an optional external battery pack for the HERO4 (when you don't want to use the LCD) that will more than double up your run time. Handy when you can't easily swap batteries. Chances are though because this new one is backwards compatible, your older version may still work, but GoPro claims this new model offers at least 15% longer run time than the previous battery BacPac. Something to consider as this new cameras is 2x more powerful than the HERO3 and 4K video may eat up runtime. 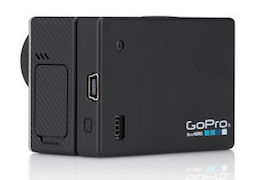 Also what appears to have received an upgrade is the LCD Touch Screen Bacpac. Again if you have an older version, chances are it may work with the HERO4. I'm not sure what changes have been made exactly from the previous version, but the new model will be available at the same time the HERO4 will be released. 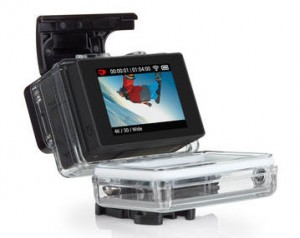 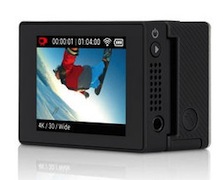 So if you're anything like me, i'll be online tonight trying to get my orders in. For popular items such as this, I tend to buy a little more than I need in case it sells out, and always have the option to return or sell it off if I don't need it. So who else is planning to purchase the new GoPro HERO4?