Here's a deal on a lens that I highly recommend for such cameras with a crop - The Rokinon 7.5mm Fisheye. Typically this lens will run for $299 dollars and you can see that here (via Amazon) and also here (via B&H).

Right now for the next few days the Bower branded (same exact lens) 7.5mm Fisheye Lens is just $199 + 4% Rewards saving you more than a cool hundred bucks. Deal ends in a few days. 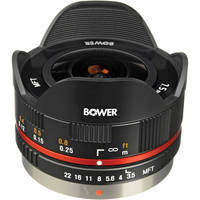 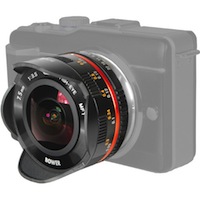 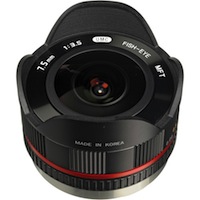 Here's an interesting new 24mm F/3.5 Tilt-Shift lens from Samyang. This is the first tilt shift i've seen from the company even when branded under Rokinon, Bower, and sometimes Vivitar. There's not much information on the new lens just yet, and it's too rich for my blood, but it's already available and listing for just under $1K. Check out the product page via B&H (click here). 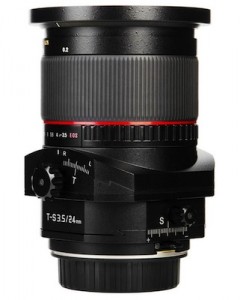 Every now and then the DSLR market goes wild when they can score a $500 dollar Rokinon 35mm F/1.4 lens for $350 dollars on a Daily Deal. I've seen these things sell out in literally minutes for that price. Well, If you didn't know this already, these lenses can be found under different names such as Rokinon, Samyang, and Bower.

So, If you've been specifically only searching for 'Samyang' or 'Rokinon', you'll find this popular 35mm F/1.4 running for around $450-$500 dollars (as seen here), but right now the 'Bower' name brand, available in Canon, Nikon, Sony/Minolta, and Olympus Four Thirds mount, is offering this same lens on sale (sale ends in a week or while supplies last) for just $379 (found here). 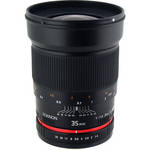 [Note:] Actually Bower even has Cine Style lenses available (like Rokinon) and is offering discounts on a variety of lenses which you can find more of following the link (Click Here) 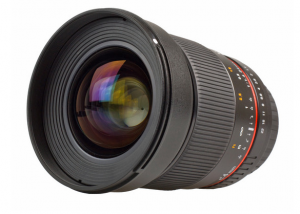 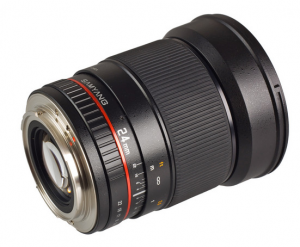 Who doesn't love the Samyang (or a.k.a Rokinon) 35mm F/1.4 prime? It's a decently sharp lens with fast aperture for a not so bad price. I couldn't pass up a recent deal and was able to grab (2) of them for just $375 the other day.

The 35mm focal length is nice for Full Frame cameras like the Canon 5D Mark II. There's been talks about Samyang releasing a 24mm F/1.4 lens for quite some time, which is a better focal length on cameras that have a cropped sensor like a GH2, Sony NEX, or even Canon 7D, 60D, T3i, etc. The good news is this 24mm F/1.4 prime lens is available now, but the bad news is they are dropping this bad boy for a starting price of over $800. Before you start flipping out, in contrast the Canon EF Auto Focus 24mm F/1.4L will run you about $1600 retail.

Check out the new listings (here).

, but here's the one I was interested in from Vimeo member Didier Hartong. While a lens may look fine on a Canon 7D, it could look totally different on a Full Frame camera. This is a decent test of the Samyang on a Canon 5D Mark II. The basic consensus is beautiful bokeh, sharp at F/1.4, and little vignetting. Of course these lenses have no Autofocus or Focus confirmation (which some of us are already used to). I believe this lens is available in Canon, Four-thirds, Nikon, Pentax, Samsung NX, and KM/Sony mounts. Absolutely still nothing via Amazon, the only place to find is on the auction site. 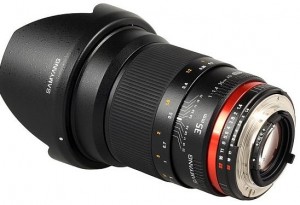 The disaster in Japan set back quite a few products including the long awaited Samyang 35mm F/1.4 lens

. A nice follow up to the already popular budget 85mm prime lens, the new 35mm is finally available.

Don't forget that these lenses are quickly re-colored and re-branded under names like Bower, Rokinon, Vivitar. So when those names become available, you'll also be able to find similar ones via Amazon below. 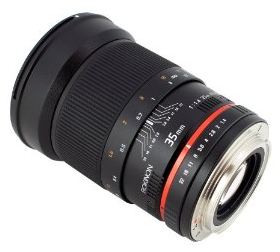 I'm still set on getting some type of Tilt Shift lens (eventually), but if you just want to experiment putting some videos together you can do this without an actual Tilt Shift lens. One of the popular tricks is to shoot far. Really far. Here's an example of a Tilt Shift video I posted that used post processing software to create the effect: https://cheesycam.com/tilt-shift-without-the-tilt-shift-lens/

Here's another example from Vimeo member Mark Rigler. In order to get these shots, he used an inexpensive Samyang 500mm mirror lens

. Afterwards, the Tilt Shift effect was added in post.

Sounds like a monster telescope, but mirror lenses use a technique to multiply the image inside a small form factor. The cons to using this technique is some softness and loss of light and the best of the best Mirror lenses at 500mm might be about F/6.3. The pros are you're able to get a crazy distance in a lightweight lens for super cheap. These lenses are often rebranded so Samyang is just one name. You can also find them in Rokinon, Vivitar, and Bower. Imagine using this lens on a GH2 or T3i with new Cropped modes - Crazy far!

Samyang, Rokinon, Bower, or Vivitar. It's believed they are all the same lens, with a slightly modified exterior and sold under various brands. Who knows what these lenses are being sold as, but then again you might not even care. Rumor mill has it that these lenses are being made out of Korea providing images that can be sharp as Nikon. Of course there's no auto focus features, so with zero electronics on this Manual Focus prime lens it's sold cheaper and can be made to be tack sharp. 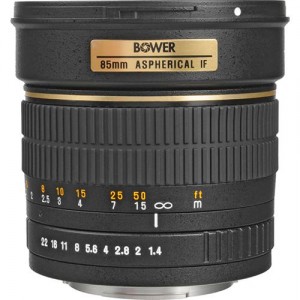 The 85mm F/1.4 is an excellent lens for low light situations, and at the focal length to provide you with that crazy DOF portrait look. The lens may only have been introduced a few years ago, but the Internet is littered with tests/reviews/samples. From Flickr, Vimeo, YouTube, web blogs, and camera forums it's been tried and tested to be a solid performer. With manual only features it might also be an easier lens to pull focus with for full time Video shooters. 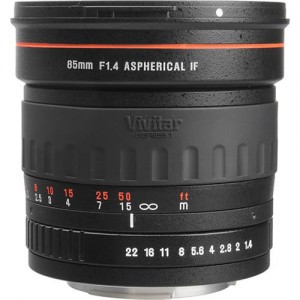 For Nikon shooters considering the Budget 85mm, the Samyang and Bower name is designed with an exterior of the traditional Black w/ Gold Highlights. For Canon shooters, the Vivitar branded lenses are designed in all black with a Canon-like Red Ring accent. For those who aren't quite into the exterior aesthetics, over at Amazon the 'Rokinon' name will drop the price down another $100 dollars. Not bad for the money considering several reviews tested it to be as sharp as Nikon, and another great option for shooters looking for a lens that works well in low light situations. Anyone out there rockin' one? Leave some comments.... 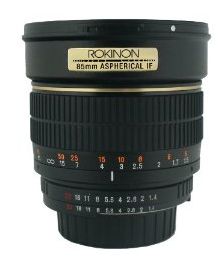