I think we can all admit Canon has been slacking in the DSLR Video market, but the new specs on the Canon 1DX Mark II might just help them get back in the game.

Besides upgrading the amazing stills photography features, the new Canon 1DX Mark II will offer Full Frame 4K Video up to 60fps (800 Mbps) and 1080HD at 120fps (360 Mbps). Of course the baked in Canon color science is one that many favor over Sony's cameras too. Here's an introductory video put together by B&H and Adorama.

For the high data rate video, the 1DX Mark II uses CFAST Media, but you can also record externally via the HDMI out. While there are certainly many other video camera options for the price of the 1Dx Mark II, none that I know of has paired this level of professional Photography and Video features together in a small body. So this camera should appeal heavily to hybrid shooters. 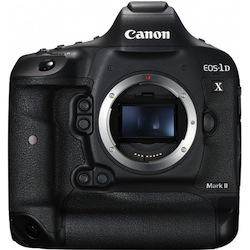