At NAB, BlackMagic Design announced two new 'Micro' Cameras. One is the 4K Micro Studio Camera and the other the Micro Cinema Camera. While they may look similar in this new Micro form factor, the 4K Micro Studio Camera is the only one capable of 4K video output (there is no internal recording media). The Micro Cinema Camera might be compared closer to the existing BlackMagic Pocket Cinema Camera as it is capable of RAW recording but only up to 1080p (no 4K).

The BlackMagic Design 4K Micro Studio Camera is mainly used in live switching and broadcast where it can be placed (due to it's tiny size) just about anywhere and send a live feed back, but you can attach an external recorder (like Blackmagic Video Assist) to record the 1080p output from the HDMI. (4K can only be recorded via SDI out). 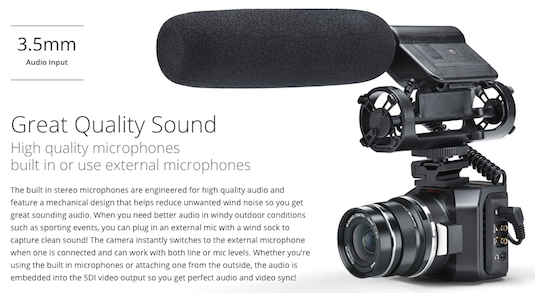 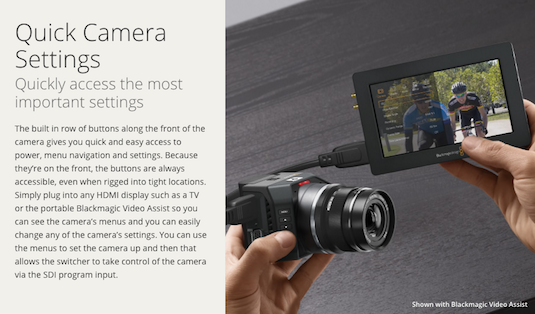 Without getting into too many details about either (if you have questions, leave comments), the 4K Micro Studio Camera is now shipping but currently out of stock at your typical big retailers. I just got news from DVEStore.com that they have already shipped existing pre-orders and have a few left in stock ready to ship right now. So if this is a camera you've been researching for the last 8 months, now's the time to grab one (click here).

You may also check pricing for this product with:
Amazon | B&H Photo | Adorama | DVEStore | EBAY